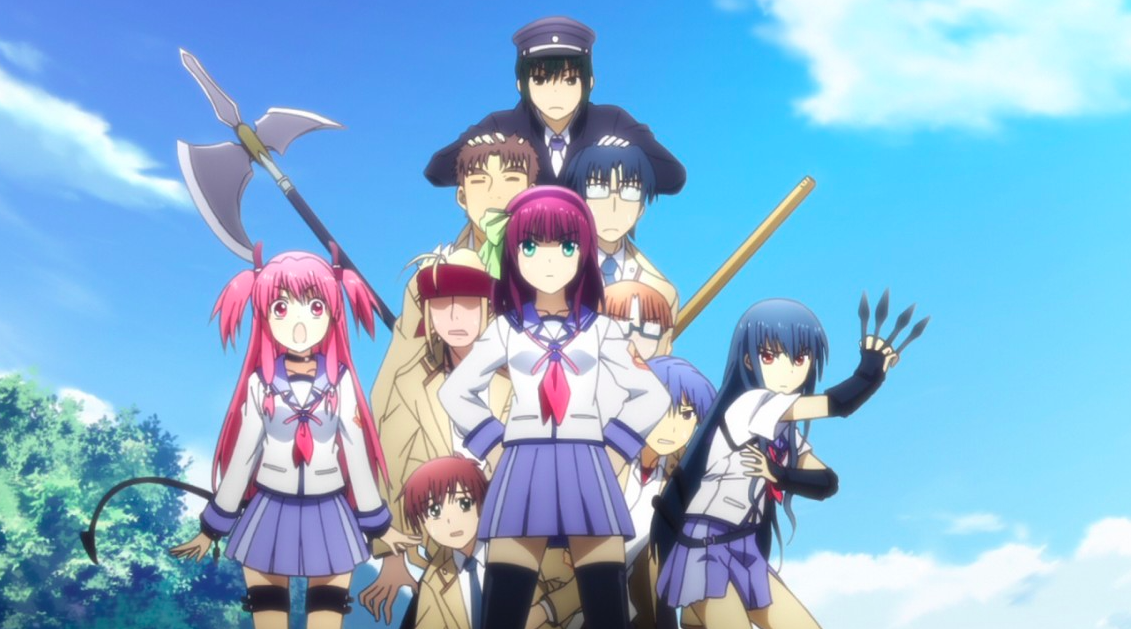 looking for Angel Beats watch order guide? Where to watch and how to watch Angel Beats in best order 2022, If you start watching anime newly and finding a reason to continue the anime genre then I would suggest taking a start from Angel Beat Series.

Angel Beat series is a blend of emotions. There are multiple themes like death, regrets, acceptance, and moving on.

Angel beat has the quality to make you attach with every character. Now here comes a question: which order will be more accurate and good one to watch this series. There are different orders to watch it. All the watch order are described below.

Angel Beat revolves around a high school student named Otonashi. One Otonashi suddenly arises in the middle of a serious battle between two strange girls. He doesn’t remember anything other than his name.

By the time he comes to his significance, he understands that he was dead and was in the afterlife.

Yuri, one of the girls from the weird fight, tells him that she’s uniting against Tenshi, her rival. Unable to believe that Tenshi was evil, Otonashi tries to talk to her but fails miserably.

Despite feeling strangely attracted to Tenshi, Otonashi joins Yuri, and her team is called the Shinda Sekai Sensen or the SSS. While trying to figure out the mysterious vibe that surrounds Tenshi, he slowly unfolds the secrets of the afterlife.

The chronological order of Angel Beats is better than  its release order. There aren’t loads of content to watch, this order will help you to understand the story more.

After its ending, Angel Beats left many fans with teary eyes and made them crave for more of the show and its characters.Unfortunately, the story is complete, and Angel Beats! Season 2 will not be made.

2) What is Kanada Angel Beats?

Kanade Tachibana is the titular character from the Angel Beats anime and games. Kanade, initially known as “Angel”, is the Student Council President and the enemy of the SSS. The kids in the Battlefront presume she is an angel assigned to oversee their purgatory because she appears to be making people disappear.

Naoi is a young male with chin-length dark green hair.

4) What is the message behind Angel Beats?

Angel Beats tells a simple yet powerful story about characters who have been dealt the short end of the stick in life and yet still dare to dream; their motto, “rebels against the god”, a proclamation of their willingness to fight, even against destiny itself, for their right to happiness.

TONIKAWA: Over the Moon For You Series Watch Order Guide